Thanks a lot, Delaware

Now that the big election (like any election is "small") is over, I have to say: I cannot believe what voters in Delaware did to us. They had the chance to send spitfire (and Tea Party darling) Christine O'Donnell to the U.S. Senate but instead went with "tax man" Chris Coons.

In the Senate O'Donnell would be constrained and forced to at least feign an attempt at governing, but now she'll be free to go be a pundit for Fox News, following the lead of her quasi-mentor Sarah Palin.

Come on, Delaware. When O'Donnell got the GOP nomination she befuddled the establishment so much that even feminists declared part of her appeal was that she was the pretty one. Just look at her: 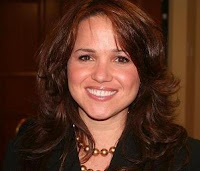 Compared to Coons' bald head, isn't she's stunning? Isn't that what you were supposedly looking for? Are you really that not-shallow?

Now it's only a matter of time until there's no escaping her on the cable news tsunami.

Eh, what else should we have expected from the "blue hen" state? Shows what they know about politics...
posted at 12:37 AM
Email ThisBlogThis!Share to TwitterShare to FacebookShare to Pinterest
Labels: politics (sorta), sincerony