More reasons you're glad you're not me

It's important to keep in mind that no matter what you think or believe or do that there's someone else out there who thinks it's stupid. I am using "stupid" euphemistically in that context; it is merely a pithy way of indicating "there's someone who disagrees with it being prudent or allowable that you think it or believe it or do it"; it's easier to summarize that as "stupid."

It is a ridiculously broad assertion to make; that point must be conceded. I further concede that I have no supporting evidence other than general observation of the world (more specifically, my perception thereof). I expect that if such a statement jibes with one's beliefs about the world one will agree with it and if it does not then one will disagree; I am not trying to convince anyone of anything he or she isn't already convinced of. The reason is simple: I do not need you to agree with it. I was not convinced of that by having someone else tell me it but merely by coming to it myself (to the extent that any idea can be reached by one's self alone).

If someone reads this and considers it "stupid" that will only serve to support the assertion. It may be in the form of reacting dismissively, considering it lazy and cowardly to make no effort at persuasion, even though I explained the reason for that.

Here's the thing: As long as this theoretical person comes to his/her conclusions on his/her own about why it's lazy and cowardly, I fully respect that.
posted at 10:46 PM 2 comments:
Email ThisBlogThis!Share to TwitterShare to FacebookShare to Pinterest
Labels: pithy, rumination 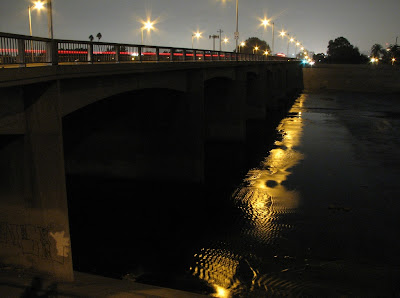 posted at 11:59 PM No comments:
Email ThisBlogThis!Share to TwitterShare to FacebookShare to Pinterest
Labels: photos

I have no mustache

"Have" indicates what is already possessed. "We have milk in the refrigerator."

To get and to have clearly indicate different states. Yet it is common to use the past tense of the first to indicate the present tense of the latter: Case in point from a very successful advertising campaign: "Got milk?"

That's truncating the question "Have you got milk in the fridge?" down to its essence. It's catchy, which is more important in a commercial or on a billboard than worrying about whether the deconstructed meaning conveys the real question.

"Got" sounds better than "have"; the hard sounds from the g and t stand out better than the softer h and v. There's no arguing with that. But using "got" in its purest sense (which obviously has no place in advertising), "Got milk?" is suggesting "Did you acquire milk in the past?" That clearly is not what the ad intends to make one think. "Do you have milk? And if not, should you not go get some?"

That doesn't look as good on a billboard or t-shirt. I know.

The only conclusion to be drawn from this: You should be glad that you are not like me.

And there's a reason I do not, in fact, have milk at the moment: This ad is not for me.

Tune in next time when I blather on about "Where's the beef?" or some expression that fell out of the cultural spotlight long ago, and do so without any hint of nostalgia or apparent justification for ruminating on it.
posted at 8:09 PM No comments:
Email ThisBlogThis!Share to TwitterShare to FacebookShare to Pinterest
Labels: our wacky language, pithy, rumination, seemed like a good idea at the time

Monty Python has a song with the refrain: "Sit on my face, and tell me that you love me." They didn't come up with the expression, of course, and they were using it in a humorous context.

However, actually sitting on another's face seems like it would be uncomfortable for the sitter and potentially suffocating for the sittee. Conceivably the only option for sexual pleasure for either party would involve the one squatting over the other's face (without putting one's weight down on the person), or allowing the other's face to be plunged betwixt one's legs.

I suppose "squat on my face" doesn't sound the same, and undoubtedly it would not be an expression that would catch on in general usage, with squat possessing an undeniable connotation with defecation (and that appeals only to a very specific demographic sexually).

Still, I must conclude the whole "sit on my face" expression doesn't hold up to analysis all that well.

That probably wouldn't be altogether a bad thing.

Something I should have noted up front: This blahg is not intended for children. (That's not suggesting it's for adults either. Frankly, if you can determine who the audience really is, please let me know.)


The above was partially inspired by this post, which handles the topic in a much better (and less disturbing) way.
posted at 10:47 PM 2 comments:
Email ThisBlogThis!Share to TwitterShare to FacebookShare to Pinterest
Labels: not for kids, our wacky language, pithy, rumination, seemed like a good idea at the time

Last week I got an email from a site that promotes concerts. I've received them many times before. I never did business with them but I got on their list somehow, but I don't object so much that I will do anything more than delete the message after glancing at it.

The message is HTML-formatted, with pictures of each act above the artist name and the date and location of the show, and links to purchase tickets. They concerts are listed in rows of four, and in my Yahoo mail browser only the first row displays.

Yes, all four pictures on the first row were of Avril Lavigne, spotlighting four concerts ranging from Santa Barbara to San Diego.

If ever there was a need to warn the reader of something in the subject line, it is that upon opening the message one will be subjected to an onslaught of a Canadian snot popster. That should require agreeing to continue at an initial prompt before getting it delivered.

That's the one good thing about Outlook over Yahoo mail: Pictures get blocked.
posted at 7:49 PM No comments:
Email ThisBlogThis!Share to TwitterShare to FacebookShare to Pinterest
Labels: internet, music, spam of the day

Some photos have been added to the useless photo site, for those who delight in such things. 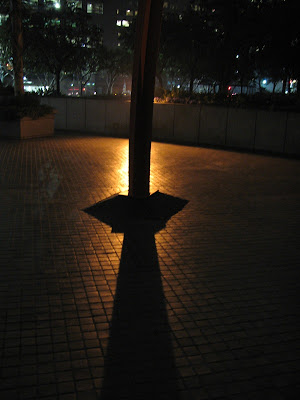 posted at 11:48 PM No comments:
Email ThisBlogThis!Share to TwitterShare to FacebookShare to Pinterest
Labels: photos

As you take it

I can only imagine that if Jonathan Swift's "A Modest Proposal" were composed in an email today and he didn't include a smiley face emoticon or xml-esqe notation to duly announce the satirical nature of the piece, likely those offended by its suggestions would forward the message with wild abandon (because there's nothing that people who delight in their own indignation enjoy more than stirring up the ire of everyone in their address books).

Were it posted in a blog that was not duly identified as satire, the twelve people who still read things on the 'net (rather than spending all their time looking at YouTube) might respond by leaving comments filled with outrage and offense (except the one cannibal in that group who would inquire if Swift could direct him to a good recipe for infant fricassee, as that Google search gives no suitable results).

If it were presented on television by a commentator with no disclaimer running along the bottom of the screen with the words "satire--do not take seriously" looping the entire time, almost certainly groups would rally in protest and force the network to fire the person (and the director and the producer) by the next day. (The only reason it would take that long is because it wouldn't get much attention until someone posted it on YouTube and then others forwarded the link to all their friends.)

However, with proper announcement of its satirical intent, a couple intellectuals would smirk and think it slightly amusing, and everyone else would dismiss it as "just not being that funny."
posted at 10:49 AM No comments:
Email ThisBlogThis!Share to TwitterShare to FacebookShare to Pinterest
Labels: rumination, sincerony

For those jonesing for more photos, they are being posted approximately one-a-day at my aminus3 site.
posted at 11:29 PM No comments:
Email ThisBlogThis!Share to TwitterShare to FacebookShare to Pinterest

A rose by any other term of reference

I have an announcement:
I will no longer be alluding to "my girlfriend" in posts here. 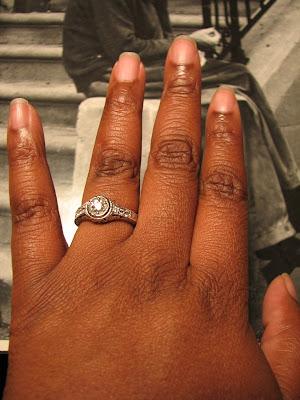 If appropriate, I will now be making reference to "my fiancée" if the post needs to mention the woman I love.

(Yes, I popped the question this morning, and as evidenced by the photo above, she accepted.)

Just alerting my intrepid readers of this alteration of future phraseology, so there's little confusion. Thank you.
posted at 10:51 PM 2 comments:
Email ThisBlogThis!Share to TwitterShare to FacebookShare to Pinterest
Labels: meta (a.k.a. talking about the site)
Newer Posts Older Posts Home
Subscribe to: Posts (Atom)
"All art is quite useless." - Oscar Wilde. This useless... art (?)... chronicles the musings of me, Doug.