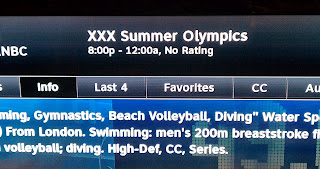 (As noted in the last post, this is an era when such things must be shared, mustn't they?)

Read the rest of this uselessness >>
posted at 10:09 PM No comments:
Email ThisBlogThis!Share to TwitterShare to FacebookShare to Pinterest
Labels: admitting too much, internet, sincerony

The other day I saw something posted by a friend, which was a graphic with the text "I always wanted the power to read minds, then I joined Facebook and got over it."

It's nothing new to suggest the various online outlets allow for no shortage of "over-sharing" where a fair number of thoughts that perhaps would have been better kept to oneself get aired in a public (or at least semi-public) forum. It seems pretty clear that genie is out of the bottle, and short of unplugging the entire internet we're not going back to some world where that isn't the norm. Obviously that is throwing the baby out with the bathwater, for a problem that is only a problem if one chooses to engage in the social media/blog/comments realm. One can turn off one's devices or not go to particular sites (or not scroll down to the comments section) to avoid that if one so wishes.

Read the rest of this uselessness >>
posted at 10:02 PM No comments:
Email ThisBlogThis!Share to TwitterShare to FacebookShare to Pinterest
Labels: internet, only making it worse, sincerony

The first topic on last week's Pop Culture Happy Hour was the new Spider-Man movie and in a nice little coincidence we saw that over the weekend (as mentioned in Sunday's post). Not that there was an in-depth analysis of the plot during the discussion, but I had a informed opinion on what they did talk about, which is somewhat rare when it comes to current movies (given that even when we do go we do not tend to go opening weekend, when everyone's talking about it; I think this topic was delayed due to the group being out for vacations or something).

We went more because my wife had an interest in the film, but I certainly was open to seeing it; my nerd card is far from up-to-date but I still have it, and after seeing Avengers earlier this year and planning on seeing Dark Knight Rises later, Amazing Spider-Man fills out the superhero trifecta.

Read the rest of this uselessness >>
posted at 6:09 AM 1 comment:
Email ThisBlogThis!Share to TwitterShare to FacebookShare to Pinterest
Labels: admitting too much, movies

From the finally-getting-around-to-it department...
A few weeks ago I read a Flowering Toilet post that touched on a (at the time) internet hot topic (that I hadn't heard about, because I don't live online enough) where an NPR intern wrote a post for the NPR website wherein she admitted to having bought 15 CDs in her life but having 11,000 songs in her iTunes—mostly not from illegal downloads , but partially from ripping discs borrowed from her college radio station. Further she admitted that having grown up in the internet age, she believed her generation was disinclined to buy albums but was willing to pay for convenience (such as the all-you-can-listen-to-with-access-to-everything model of Spotify). She knew this wasn't the best for the artists she loved, but the genie was out of the bottle.

David Lowery posted a lengthy response on another website where he took the opportunity to not lambast her personally but to show the flaws in her thinking. Being the front man in Camper Van Beethoven and Cracker, and now a professor in Georgia, he knew well how the game works. He identified how the college-age generation are willing to pay corporations for their computers and devices, and to pay corporations for their monthly internet or cell phone plans, but when it comes to the artists themselves the kids are fine with screwing them over by not paying for what they download with the paid access to the paid-for device.

It's really the dilemma for music in the digital age: how artists can get fairly compensated. Well, it's not so much of a dilemma when one thinks about it: As Lowery posits, you pay them for their product, the same as you pay for your iPhone. You don't go to file-sharing sites to get their product for free even though you can. You make choices that support them rather than taking money away from them. You don't justify your actions with excuses that suggest record companies are already screwing-over the artists and thus it doesn't matter.

It's not convenient, but it's right.

You didn't come out of the womb believing everything on the internet should be free; you "learned" that from your peers, so you can learn how to adjust your thinking and your actions.

Read the rest of this uselessness >>
posted at 9:49 PM 2 comments:
Email ThisBlogThis!Share to TwitterShare to FacebookShare to Pinterest
Labels: admitting too much, music

Asshats at the movies

I've finally figured out how it works: There's a secret union of asshats who must send at least one representative to every movie we see in the theater, who will sit in the row behind us and talk during the film.

This afternoon it seemed like we were off the hook, but then 30 minutes into The Amazing Spider-Man he and (I must presume) his girlfriend finally arrived. We suspect they were stoned, and that would explain their tardiness.

I'm not sure if there's any sort of administrative body for the union to whom I should report this, but I'd imagine that sort of indulgence is not only tolerated but probably encouraged. But it is worth noting that when we moved to another row your asshat didn't follow us, so he was too out of it to fulfill his annoying duties to the fullness implied by your implicit credo.


posted at 8:51 PM 1 comment:
Email ThisBlogThis!Share to TwitterShare to FacebookShare to Pinterest
Labels: movies, only making it worse

There was a time when the only people who attended the San Diego Comic Convention were the fans of comic book, sci-fi, fantasy; the only people featured there were the creators, publishers, and retailers of what those fans consumed. I know. I went a few times back in the late '80s, as I worked for a retail store selling comics and collectibles at the time. As such I could get in with a retailer badge for free (it was one of the few perks the job offered). There were creators of some small press titles who I enjoyed meeting, and they didn't have massive lines to wait in to do so.

(Let's be clear: I was never enough of a diehard fan to be inclined to actually pay to get in; I went because it was only an hour's drive, and as my mom lived down there at the time I turned it into a visit to her. I'm not putting down those who paid to get in [they were our customers, after all]; I'm merely clarifying that I was not in that category of nerd. The people who get all decked out in costumes are magnificent, and I dare not sully their efforts by conflating how I was with them.)

Back then, saying you were going to a comic book convention was looked down upon by "civilians"; the mainstream press would not report on it, or if the local press did mention it the story was buried on back pages.

Read the rest of this uselessness >>
posted at 7:41 AM 1 comment:
Email ThisBlogThis!Share to TwitterShare to FacebookShare to Pinterest
Labels: seemed like a good idea at the time, tongue-meet-cheek

A little rumination on our national pastime during the All-Star Break... 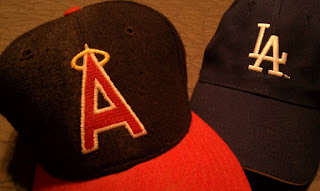 As I young child growing up Southern California I rooted for both the Angels and Dodgers, but eventually I became aware that my family was Angels' fans, and for reasons I never entirely determined they didn't root for the Dodgers and without specific reasons my affinity for the team playing in Chavez Ravine fell away and preference for the team playing at "the Big A" was set. It made no more sense than that. And although I went to games for both teams it was only the team in Anaheim that had my heart.

Should family ties have held such sway over me? Perhaps not, but I imagine that's how most sports affiliations start; either one is indoctrinated into rooting for the team one's family roots for, or one goes contrarian and specifically goes against that team—perhaps to spite the family or merely to forge one's separate sports identity. I had insufficient reason to rebel at that tender age, so there you go. Then my family had a share of Angels season tickets and we went to numerous games each season (and Dodger games were only once in a while) things in my mind were set.

Read the rest of this uselessness >>
posted at 7:08 AM 1 comment:
Email ThisBlogThis!Share to TwitterShare to FacebookShare to Pinterest
Labels: rumination, sports

For months (possibly a year) my wife and I had gone out to breakfast at a particular little restaurant. Typically at least two (sometimes three) weekends a month we'd go to this coffee shop, either Saturday or Sunday morning. Prior to that we'd sampled other places around town but not found any worthy of frequenting, but then I think she saw this one get good reviews on Yelp so we tried it. The food was pretty good, the prices reasonable, and the service very friendly. Part of what I liked was the pancakes, while not spectacular, were a consumable size, not behemoths that eclipsed the plate; I don't order pancakes with some implicit dare to the cook. The other dish I'd order was enchilada eggs (which, as it sounds, is scrambled eggs rolled in tortillas with a Spanish sauce). My wife often went for the Eggs Benedict. But from her perspective the best thing about the place was the coffee, which while waiting one could pour for oneself from a container up front.

As we became regulars all the servers recognized us, and it was the service that surpassed the food or the coffee as what drew us there. However, if we didn't get there early the wait could get pretty long—which was fine if we didn't mind a bit of time standing outside to chat, but if we were really hungry we'd often just figure it was better to fix breakfast at home.

Read the rest of this uselessness >>
posted at 6:08 PM 1 comment:
Email ThisBlogThis!Share to TwitterShare to FacebookShare to Pinterest
Labels: admitting too much, real life adventures
Newer Posts Older Posts Home
Subscribe to: Posts (Atom)
"All art is quite useless." - Oscar Wilde. This useless... art (?)... chronicles the musings of me, Doug.