Although as I wrote two years ago today is a federal holiday officially known as Washington's Birthday (and as others mention every February)*, it is more commonly known by the position he held. Efforts to include Abraham Lincoln (or even others who have occupied that office) have come to make the colloquial name reference "President" in some way.

However, because it's not an official name there is no standard for whether it should be called Presidents (no apostrophe) or Presidents' (apostrophe after the s) or President's (apostrophe before the s), and that results in a variety of ways it appears.

For this post I wanted to offer a bit of an update of this post from four years ago by showing shots from commercials that mention it, to see how advertisers appear to think of it.

Most automobile companies are having an "event" for the long weekend:

Read the rest of this uselessness >>
posted at 11:44 AM No comments:
Email ThisBlogThis!Share to TwitterShare to FacebookShare to Pinterest
Labels: our wacky language, seemed like a good idea at the time, TV

Music (not) on the brain

Something dispiriting that having a newborn has revealed about me: Although I have many songs in my head with which to serenade my child (particularly when trying to soothe him, or during diaper changes) I discover when I start to actually sing them I don't know all the words without the song playing along. Sure, I can concoct alternative lyrics on the fly or fall back on wordlessly humming the melody, and my son has no grasp of any of this yet anyway, but when I started singing I at least fancied the notion I had the words more or less down.

Read the rest of this uselessness >>
posted at 9:27 PM No comments:
Email ThisBlogThis!Share to TwitterShare to FacebookShare to Pinterest
Labels: admitting too much, music, parenting

How I'm viewing How I Met Your Mother 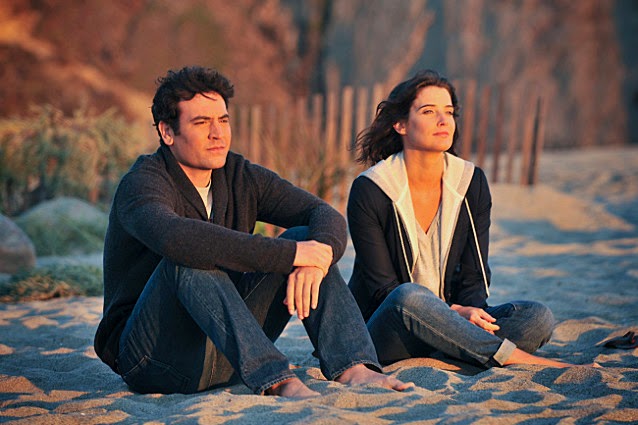 How I Met Your Mother is ultimately the story of lead character and narrator Ted's (protracted) journey from meeting the woman he thinks is "the one" (Robin) through to the eponymous meeting of the mother of his children (to whom he is telling the winding tale in the year 2030). From its beginning in 2005 that's been the framework of the show. We know in the first season Robin is not the Mother (because narrator Ted tells us so in voice-over), so it's all a matter of him getting over Robin (which, as the series draws closer to its finale, in has… in theory—we'll get to that shortly).

When the series was new my wife and I were only dating, and HIMYM was a show we came very much to enjoy. It was probably more for the characters of Ted's friends Marshall and Lilly (and lothario friend Barney). By season 2 we were tuning in every Monday night. As the years have progressed we've gotten married and even had a son (just like Marshall and Lilly did on the show), and we've also kept watching (as I've written about before). We have a long-established relationship with the show.

That's what has made us stick with it (as I've also written about before) even though for several seasons it has not been anywhere near as good as it was in those early seasons that got us hooked.

Read the rest of this uselessness >>
posted at 10:26 PM No comments:
Email ThisBlogThis!Share to TwitterShare to FacebookShare to Pinterest
Labels: TV

Vexed by lack of vexing in the Super Bowl

In the impending "Big Game" I must admit I'm not sure for which team I'll be rooting.

AND WE ALL KNOW THAT'S NOT RIGHT. One should have an unhealthy allegiance to one side or the other over a contest that holds no actual significance but will be viewed by more people than anything else. What the heck is wrong with me?

On the surface it seems I'd fall back on my childhood allegiance to the Seahawks (who came into the league when I was eight, and whose uniforms I liked... which is really all an eight-year-old requires). However, when I watched part of the AFC Championship I found myself actually a tiny bit excited when it became clear Denver's victory was ensured. I think part of me is rooting for Broncos' quarterback Peyton Manning to get a second ring, if for no other reason than it might cause the sports punditry to shut up about how his relatively poor post-season success detracts from his legacy.

On the other hand, if Seattle pulls out a victory (on the strength of their defense) it will give the Lombardi Trophy to a franchise that has never had it before, and a championship to a city that hasn't had that to celebrate in "the big four" sports since 1979. (Their WNBA and MLS teams have won their respective leagues multiple times in the past decade*, but unfortunately the state of sports in America still doesn't give those their due.) And the kid in me finally gets to cheer.

Read the rest of this uselessness >>
posted at 8:37 PM No comments:
Email ThisBlogThis!Share to TwitterShare to FacebookShare to Pinterest
Labels: admitting too much, seemed like a good idea at the time, sincerony, sports
Newer Posts Older Posts Home
Subscribe to: Posts (Atom)
"All art is quite useless." - Oscar Wilde. This useless... art (?)... chronicles the musings of me, Doug.