Now that it's 2013 we can start the retrospective looks at 1993, officially two decades in our rear view mirror. (It's 20 years since Pearl Jam's second album, Vs., came out with the song "Rearviewmirror," as a matter of fact.) Over on I Will Dare Jodi posted something recently suggesting '93 may have been the banner year for Gen X music-wise, listing many notable albums released that year (including that Pearl Jam one).

Glancing at that list... it's not that I didn't like many of them, nor that I didn't buy at least some of them, but for whatever reason personally that year's offerings (both then and when I look now), while certainly including good ones, don't hit me with the Oh yeah that was the year feeling.

It's only from the vantage point of twenty years that we can survey the pop culture landscape and declare what year was "the best" in a given category; in the moment we are too caught up in its immediacy to appreciate it.

If one is so inclined. Maybe I'm just not as inclined to think in such terms. So let's instead focus on something about the music from that year noted on Jodi's list that I do recall, still quite well.

Having been a fan of the Replacements (who'd played their last show in '91), not surprisingly I was excited about the '93 release of Paul Westerberg's first official solo album, 14 Songs, and was equally excited when I learned he would tour in support of it.

Read the rest of this uselessness >>
posted at 1:27 PM No comments:
Email ThisBlogThis!Share to TwitterShare to FacebookShare to Pinterest
Labels: music, real life adventures

Go look at pictures for a change

Over at the photo site (which for months I have woefully failed to highlight over on this site) I have posted pictures from last July's trip to Zion National Park... 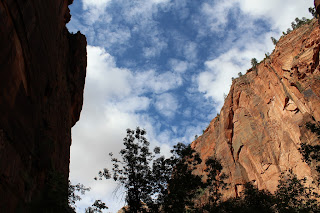 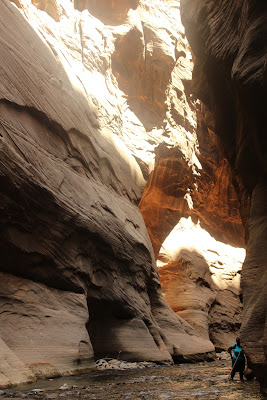 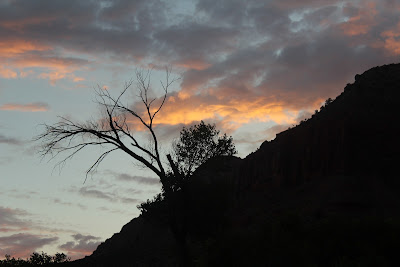 ...as well as some shots from Disneyland... 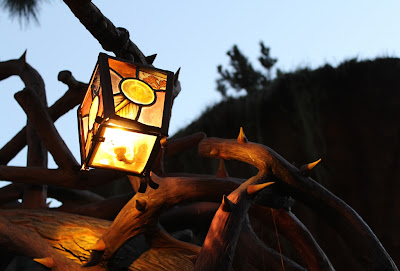 So go click your way on over and have a look.


posted at 4:21 PM No comments:
Email ThisBlogThis!Share to TwitterShare to FacebookShare to Pinterest
Labels: photos

Not that we needed further proof that I am old but...

Chris Rock has a good routine about how a father's only job is to keep his daughter "off the pole" (that is, to prevent her from becoming a stripper). Having unintentionally seen a few minutes of a new MTV reality show called BUCKWILD (yes, apparently in all caps like that), which appears to be a cross between Jackass (as they do stupid stunts) and Jersey Shore (in that it's a group of regulars getting drunk and hooking up)--two shows I only unintentionally saw bits of--but set somewhere in West Virginia, I have a new standard for parenting excellence: Having one's children not end up on a show like BUCKWILD.

At least strippers can claim to be doing it to put themselves through college.

For all the West Virginian parents whose young adult offspring are not on that show, please accept my sincere congratulations.

Read the rest of this uselessness >>
posted at 9:59 PM No comments:
Email ThisBlogThis!Share to TwitterShare to FacebookShare to Pinterest
Labels: ranting, stupidity, TV

Old Rose Parades: The Truth Is Out There

Overnight local station KTLA aired previous Tournament of Roses Parade telecasts (going in increments of every 10 years) as a lead up to today's 124th.

Perusing the guide before we went to sleep we stopped on 1:30 am showing of the 104th from 1993. Notice the categorization that DirecTV gave to only that particular year's parade, not the 94th that preceded it or the  114th that followed it. 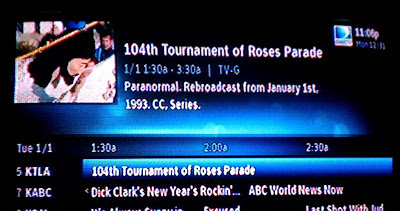 It was the era of The X-Files, after all.

posted at 10:26 AM 1 comment:
Email ThisBlogThis!Share to TwitterShare to FacebookShare to Pinterest
Newer Posts Older Posts Home
Subscribe to: Posts (Atom)
"All art is quite useless." - Oscar Wilde. This useless... art (?)... chronicles the musings of me, Doug.