Non-simple simple decisions: When you don't find out the sex of your unborn child

When my wife and I found we were pregnant we decided we would not learn the sex of our baby until he or she emerged at birth. It wasn't that we wished to rebuke what modern medicine allows; we merely wanted to have that opportunity to be surprised. It seemed like a simple enough thing.

Now that we are halfway through the pregnancy, with several visits to the obstetrician and having announced the impending birth to family and friends, I realize that decision was anything but simple. 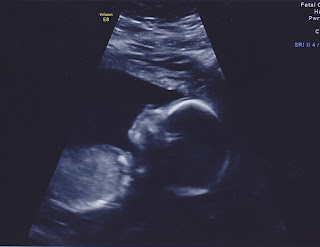 When we had the most recent ultrasound we had to make explicit mention that we did not wish to know the sex—which we reiterated not only to the technician but also to the doctor when each came in. During the procedure (where we could see the image on a screen on the wall) the technician told us when to close our eyes or look away to avoid potentially seeing something that would give it away.

Read the rest of this uselessness >>
posted at 7:45 AM 4 comments:
Email ThisBlogThis!Share to TwitterShare to FacebookShare to Pinterest
Labels: real life adventures, tongue-meet-cheek

Perhaps the single-most important skill one can develop in life is the ability to put up with the idiocy of others.
posted at 10:12 PM No comments:
Email ThisBlogThis!Share to TwitterShare to FacebookShare to Pinterest
Labels: pithy

As happens every year when Comic Con weekend rolls around I am reminded of attending the event back in the late '80s, before it was an event covered by the entirety of the media (and was more focused on the item from which the event draws its name).

Back then there weren't panels with A-list actors, and even the celebrities of the comic book world (the popular artists) that drew crowds weren't my thing. What I'd do was spend some time in Artists' Alley with some pieces of blank paper, talking to small press artists (both those whose work I read and some who, because they weren't big names, didn't have anyone talking to them) and getting autographs—which they would embellish with a sketch.

I recently came across those pages from the cons in 1987 through 1990; scans of those are featured below.

Read the rest of this uselessness >>
posted at 7:00 PM 1 comment:
Email ThisBlogThis!Share to TwitterShare to FacebookShare to Pinterest
Labels: admitting too much, pop culture, tongue-meet-cheek

Rising on the Dark Knight 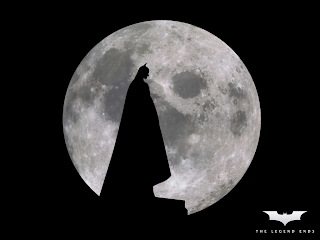 Recently I re-watched The Dark Knight Rises—it wasn't that I set out to do so; it merely was on HBO when I was looking for something to watch—and I must admit I thought it held up in being an entertaining film.

At least that was my perception at this juncture. I'm not here to argue whether it was by some empirical standard good or not; I'm here to identify that's better than what I thought before.

Read the rest of this uselessness >>
posted at 7:22 AM 1 comment:
Email ThisBlogThis!Share to TwitterShare to FacebookShare to Pinterest
Labels: admitting too much, movies, pop culture

Why I'm not worried about same-sex marriage

With the recent Supreme Court rulings on DOMA and Prop. 8 the national conversation pivoted from possible NSA overreach to same-sex marriage. It was all over the Sunday shows last week, for example, and I'm sure it was beaten to death on the 24-hour cable news programs (not that I can bring myself to watch those).

My feelings on the subject have been well documented, and I won't get into them again. It's not that I haven't thought about them again, especially after watching last week's Meet the Press, but what I have accepted is it's another one of those topics where people who oppose it will always find some reason to oppose it. Even though the land's highest court has declared it is unfair for federal statutes to deny recognition the states have granted, and have dismissed that it damages those who have heterosexual unions (by saying those who brought the Prop. 8 case lacked cause), they have not accepted the issue as remotely close to resolved.

Read the rest of this uselessness >>
posted at 7:41 AM No comments:
Email ThisBlogThis!Share to TwitterShare to FacebookShare to Pinterest
Labels: admitting too much, politics (sorta)
Newer Posts Older Posts Home
Subscribe to: Posts (Atom)
"All art is quite useless." - Oscar Wilde. This useless... art (?)... chronicles the musings of me, Doug.