Getting grungy with 'Fresh Off the Boat' 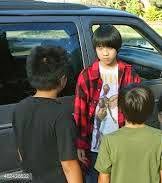 In a recent episode of the new sitcom Fresh Off the Boat ("Success Perm"), the main character, Eddie, sees his cousin when the family visited. This cousin had turned him on to N.W.A. years earlier (the show takes place in 1995), which led to Eddie's love of rap. So when the cousin showed up, now into grunge, puts in a CD by Live and plays "Lightning Crashes," Eddie thought it was crap. (Eddie was right.)

The cousin dismissed Eddie's criticism as him being too immature to appreciate the emotion of grunge.

Read the rest of this uselessness >>
posted at 10:16 PM No comments:
Email ThisBlogThis!Share to TwitterShare to FacebookShare to Pinterest
Labels: music, only making it worse, TV

Pondering the sexism in the Oscars (and other awards)

As we made it through this recent "awards season" I was struck by the thought: Is not the notion of men and women being segregated into categories by gender a holdover from a much more sexist era? In the so-called progressive twenty-first century were equality of the sexes is supposedly the aim, is it condescending to suggest that women would not be able to compete were they in the same category as me for the acting roles? There aren't gender distinctions when it comes to directing or writing or sound editing, but for those who appear on-screen the fact a century ago it was the case women were separate seems to suggest they still require that special status in order to get any awards.

It is the case that Hollywood is still as much an old boy's club—and a white old boys club at that—where if "the fairer sex" didn't have a separate category for the acting awards the trophies would still be largely doled out to those with the XY chromosomal alignment—and not because men are inherently better actors but (let's face it) because men would have a harder time voting for women over men. Not all men, of course, but enough who have the vote who remember those days when a dame was a dame.

Read the rest of this uselessness >>
posted at 10:21 PM No comments:
Email ThisBlogThis!Share to TwitterShare to FacebookShare to Pinterest
Labels: movies, rumination, seemed like a good idea at the time 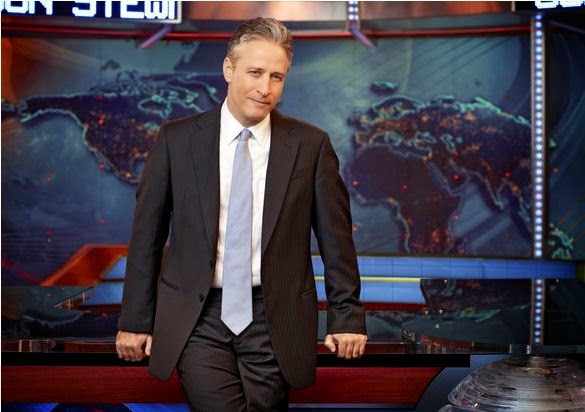 It was announced yesterday that Jon Stewart will not be staying on with The Daily Show after this year. Having seen every episode except one of the sixteen years of his tenure and an avowed fan (I've mentioned it in posts more than a few times) I will miss him, but I understand the desire to move on.

But I'm not as sad as I would be were I not a parent.

As it stands, since our son came along, I have found myself often recording a week's worth of episodes and having to squeeze them in on the weekend. When Stephen Colbert stepped away from "the Report" last year I was sad, but that was time I would need to devote to other pursuits.

Read the rest of this uselessness >>
posted at 10:39 PM No comments:
Email ThisBlogThis!Share to TwitterShare to FacebookShare to Pinterest
Labels: admitting too much, parenting, TV

Yesterday's Super Bowl pitted the established dynasty of the Patriots versus the emerging potential dynasty of the Seahawks. The latter got to the big game with a remarkable and improbable comeback over the Packers, where they really didn't play that well until the last five minutes.

So if you heard Seattle quarterback Russell Wilson didn't complete a pass until well into the second quarter, that they lost one of their starting cornerback to injury in the first half, and a starting defensive lineman had to leave in the second half due to concussion, you'd think the Seahawks would be well behind when the fourth quarter started. However, they actually had a ten-point lead at that point, and their vaunted defense had not given up more than seven points in the fourth during their past eight games.

So when you hear they surrendered 14 points to New England in that quarter you'd think it was pretty much over, but through a remarkable catch they were in a 2nd-and-goal position at the Patriot's 1-yard-line with about 30 seconds left, where punching it in for a touchdown would almost certainly guarantee back-to-back Super Bowl victories. They were in another improbable situation where they had not played as well as the other team but with last-minute heroics (or dumb luck) they could win.

Read the rest of this uselessness >>
posted at 9:12 PM No comments:
Email ThisBlogThis!Share to TwitterShare to FacebookShare to Pinterest
Labels: seemed like a good idea at the time, sports
Newer Posts Older Posts Home
Subscribe to: Posts (Atom)
"All art is quite useless." - Oscar Wilde. This useless... art (?)... chronicles the musings of me, Doug.