Do I dress up for Halloween? You have to ask?

Before I reveal what this year's Halloween costume was, for some reason it seems apropos to do a little costume recap of the last several years: 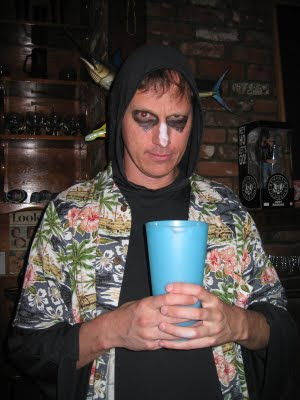 At a party, I'm a zombie pirate 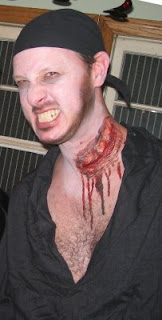 And at the office, let's call it Jimmy Fallon with neck wound (and a tale of that) 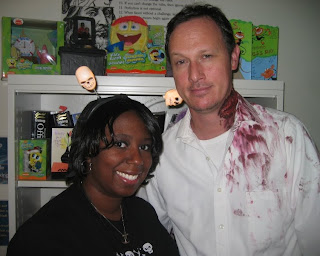 (Yes, the same neck wound makeup used in both.)

At a party, I'm a zombie punker 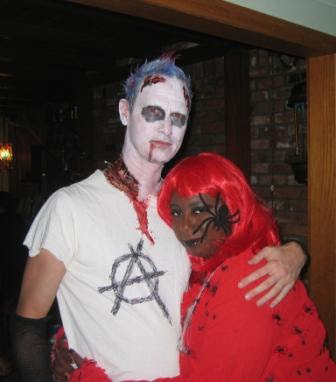 And at the West Hollywood festivities on actual Halloween (with the story for that) I'm just kind of messed up: 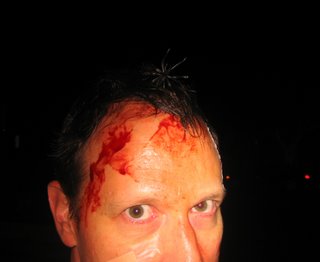 2007 seems not to have been photographed. That, or the evidence has been destroyed. 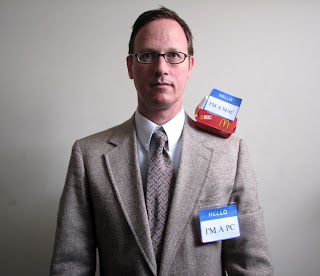 This was my wife's handiwork. Literally.

posted at 8:20 PM
Email ThisBlogThis!Share to TwitterShare to FacebookShare to Pinterest
Labels: Halloween