I realize in this age of text messaging that dwelling on grammatical-type errors serves only to frustrate the one noticing. Let's get that out of the way up front. I fully concede that nobody gives a shit anymore. (Whether it was such that anyone ever gave a shit in the past is arguable, but let's not dwell on that now.)

When I saw an ad for a concert (which ran for weeks in local papers) where "it's" was used when "its" was what should have been used, I sighed a bit, seeing the proof that even those involved in advertising didn't know the difference (that, or they didn't bother to proofread their copy before going to press—I'm not sure which is worse). 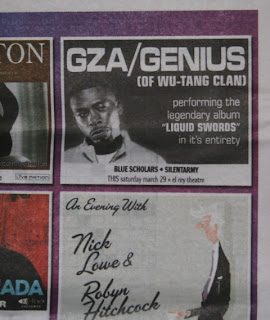 Such was the state of the world, and the only reason it affected me was only because I could not abandon the sense that grammar at least somewhat mattered when the inclusion of an apostrophe did, technically, change the meaning. The writing was on the wall (or, in this case, on the back page of a newspaper), and it pointed out what an anachronism I had become.

Then a couple weeks later at lunch I opened a fortune cookie where "its" was correctly used in its message. Perhaps the printing press for the tiny bits of text lacked an apostrophe, but I choose to believe that this proved there were those out there involved with the press (stretching that term to include these fortunes) who knew when to use the one and when to use the other. My faith was partially restored. 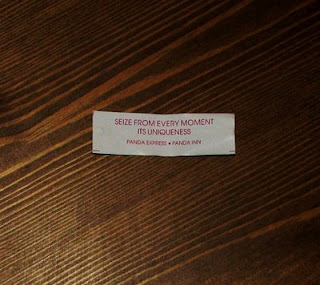 Then weeks later, while flipping through a glossy magazine my fiancée got, I saw an ad for a music festival that had a quote attributed to Pitchfork that employed the same erroneous use of "it's" that the first ad had done. Then I realized what it was. 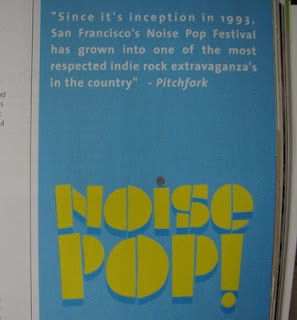 When it comes to talking about music performances, the grammatical rules for these must be reversed. In that context, "it's" becomes the possessive and "its" becomes the contraction.

How did all those years I spent in college not teach me that?

That'll teach me to attend a public university.
posted at 10:34 PM
Email ThisBlogThis!Share to TwitterShare to FacebookShare to Pinterest
Labels: our wacky language