When you hear (or, in this case, see) the word "Frankenstein" what comes to mind? Something like, say, this? 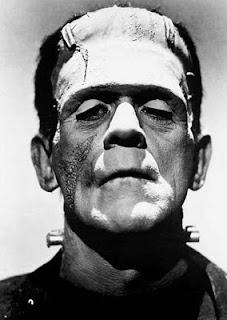 Understandable. Do a search for that term and you'll see a bunch of such images.

You, and the coding at the search engines, would be wrong, of course.


That's the monster, the creation of... Victor Frankenstein. The scientist. As the sub-title indicates, "the modern Prometheus." 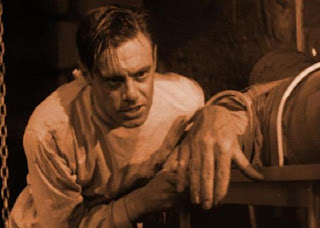 And even though the film adaptations (such as the classic 1931 version from which the images of Boris Karloff and Colin Clive above are taken) have identified the man as the title character and not the monster, the association of the term "Frankenstein" still ended up going to the creation.

You might think that's because the monster is the more interesting character, and perhaps that's the case, but even a rudimentary analysis of the original book reveals the reason.

Mary Shelley did not give the monster a name.

And thus, because "Frankenstein's monster" is too cumbersome, "Frankenstein" has become the monster. (And not in a figurative sense, for trying to play God and whatnot.)

So, what's the lesson here? If you're writing a book (screenplay, epic poem, whatever), make sure you name all the main characters. Especially the ones who are likely to end up a popular Halloween costume.

If you don't, that won't stop people from changing what you composed for their own convenience. Thus, if you want the integrity of your creation kept intact, and not parts of it cobbled together in a manner you never intended, come up with a moniker for everybody.

You'll also prevent the people who actually paid attention to your work (and discern which name applies to which character) from sounding like pretentious jerks in future centuries.


(Images are copyright Universal Pictures, I imagine.)
posted at 11:09 PM
Email ThisBlogThis!Share to TwitterShare to FacebookShare to Pinterest
Labels: sincerony