These aren't the droids we're looking for 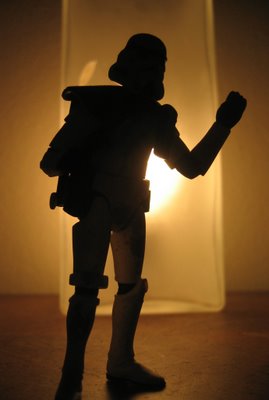 The other day I posted a link to my friend Jim's diatribe against the first three (which were actually the second three) Star Wars films. He dissects the myriad plot flaws and poor filmmaking decisions that abounded in Episodes I – III. His list numbered 40 items by its end—and he wasn't just nitpicking little things—and he probably could have gone on longer (without getting nitpicky).

The impetus for his rant stemmed from his love of the New Hope – Jedi trilogy. The same love that enough people around the world shared to turn the franchise into a multi-million dollar enterprise, and essentially into a new mythology for our time. And then a couple decades later omnipotent George Lucas takes advantage of technological advances to produce prequels that ultimately disappointed the fans.

And not merely because the expectations were raised to levels beyond belief by the aforementioned worship of the fans.

Jim obviously watched them much closer and more times than I did, and he explicates the flaws much better than I'd ever have time (or inclination) to do. Like him, I don't purport to keep up with what others have said on the message boards.

I'll merely mention a thought I had, more than once, back when Episodes I – III were released: It would have been better had the prequels never been made.

The kid in me who saw the films in the theater back in the '70s and '80s, multiple times, hates to think that, but the kid in me is ultimately who makes me think that.

Not only did Episodes I – III subject us to Jar Jar Binks and the atrocious acting (even by Star Wars standards) of young Anakin, but it ultimately undermined the ominous cachet of Darth Vader (and the stormtroopers and Boba Fett). How can we be intimidated now when we see the ominous caped figure in A New Hope when we've seen what a whiny little kid he was? The legend of Vader (as built by Obi Wan when telling Luke) was far more interesting than seeing how it actually came to be. 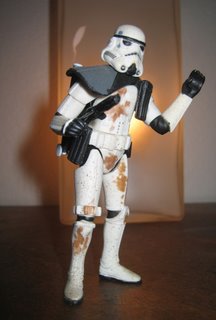 The only aspect of Episodes I – III that was moderately satisfactory proved to be seeing Yoda kick ass with the light saber in II. That was more or less obligatory. But that alone doesn't justify the prequels. Not by a long shot.

Making Episodes VII – IX would have been better, inasmuch as at least we wouldn't have grappled with why the technology was better (as regards what we saw the characters have on screen, not merely the clarity with which it could be made to appear on screen)—it's in the future of where Jedi left off, so of course it advanced.

They would have been disappointing—that's a given, but at least they wouldn't just be fulfilling obligation, and might have actually had a story with some sense of wonder.

I will say this about George Lucas deigning to make a bunch more money by producing the prequel trilogy: We could stop speculating about how cool they might be and start the endless analysis of bad they proved to be. I suppose that's something.
posted at 11:16 PM
Email ThisBlogThis!Share to TwitterShare to FacebookShare to Pinterest
Labels: movies